It is the responsibility of the CEO of each subsidiary to choose his/her suppliers and maintain trusting relationships with them.

Although some suppliers are common to several subsidiaries, we do not feel it is useful to have a centralised Purchasing department for the group.

We prefer to ask each subsidiary to focus on its market priorities and to share information on ‘Group’ partners. 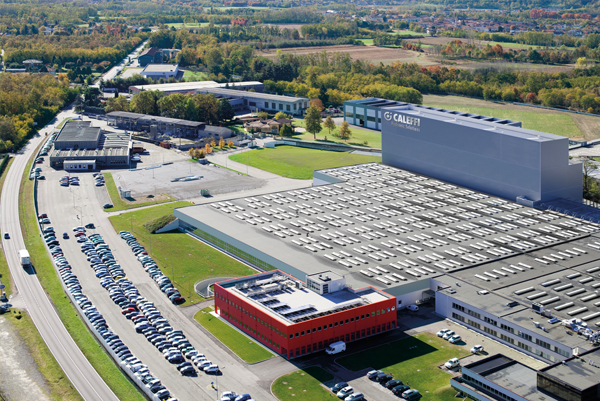 40 YEARS’ partnership for 22% of our suppliers

Our suppliers are manufacturers we have selected from amongst the best in their profession.

We collaborate very closely with them, over the long term. With our suppliers, we ensure that their products meet all our prevailing technical and safety standards.

From the outset the Group’s development has been based on Italian industrialists who are very well known for their know-how in the valve and pump fields. Today, they represent 34% of our supplies.

For fifteen years or so, we have also developed relationships with Chinese and Taiwanese manufacturers having visited more than 786 factories working in our professions. Today, 35% of our purchasing is from China and Taiwan, where we have around ninety regular high-quality suppliers. Each year, our teams make 20 to 30 visits to the country, often accompanied by a Chinese colleague who lives in France. She is also responsible for assisting and advising the subsidiaries to develop and facilitate relationships with our industrial partners and their managers.

Ets Edouard Rousseau has for several years had a commercial branch in Shanghai, where a very loyal team performs controls in the factories and in logistics to optimise container filling.

In general terms, these are in-depth site visits: we pay particular attention to employees’ working conditions and ensure that no children are present in our partners’ workshops and factories. (see page 86 of this reference document).

PURCHASES OF THE GROUP IN 2020

Invoices received but not paid on the closing date of the financial year and whose due date has passed (table required under section 1 of article D. 441-4) in thousands of euros :

Our customers are wholesalers in heating and sanitation, pumps, plumbing fittings, industrialists for Sodeco Valves and all DIY players for Dipra, Sanidom/Rousseau, Mecafer and Domac. 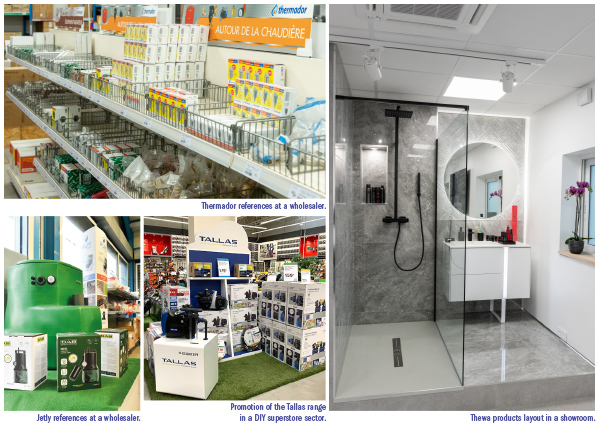 Some of our customers have grown through external growth operations. Others opt for organic growth. In any event, they are very diverse:

• Independent or subsidiaries of listed or family groups.
• International, national or regional in terms of organisation and logistics.
• Grouped or independent for purchasing, marketing and communications.

We have very active commercial presence at the national decision-making centres and points of sale (sales activities, training, etc.).

The organisation of our sales force with small teams of highly professional and responsive salespeople.

In 2021, due to slower growth than in the French market, exports as a percentage of all our business fell from 18.2% to 16.4%. This is due to our high exposure to industrial businesses in Europe, which have been impacted by supply tensions and the difficulty of physically visiting customers. Overseas departments and regions and overseas authorities (DROMCOM) account for 2.2% of the Group’s turnover an activity performed by several subsidiaries. 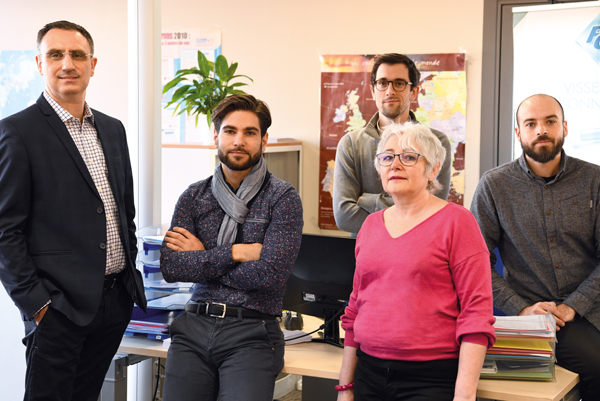 International business now accounts for 14.2% of the Group’s turnover. From the end of the 1960s through to the middle of the 2000s, the group’s subsidiaries bought in Europe to sell in France. Today, they buy throughout the world to sell in Europe and Africa via our subsidiaries Syveco, Sodeco Valves, FGinox and Edouard Rousseau. Syveco, set up in 2006, contributed 42.8% of our international turnover in 2021. Sodeco Valves, FGinox and Edouard Rousseau accounted for 49.7% of this business, the remainder coming from our other subsidiaries.

Syveco delivers wide ranges of products perfectly suited to market needs to wholesalers from our main stock in Saint-Quentin-Fallavier and to short deadlines. Progress with logistics and shortening in delivery times have simply pushed back our borders, since we are now able to deliver the whole of Europe in 2-6 days.

For our African customers, orders are submitted in full and immediately to forwarding agents who ship the merchandise in two or three weeks to the markets concerned. Sodeco Valves, whose head office is in Belgium, delivers in 24-48 hours to its industrial customers, mainly in Belgium, Holland, Germany and Switzerland (there is a commercial branch in each country, with local sales staff). FGinox has an export department and sells its ranges of stainless steel connectors to industrial customers and specialised wholesalers in Europe and Africa.

Ets Edouard Rousseau has a sales subsidiary in Spain which stocks and distributes tap ranges for DIY superstores in that country. Our future potential growth margin is immense, judging by the current and future needs of high-developmentpotential countries and commercial synergies that are gradually emerging between the different subsidiaries concerned.